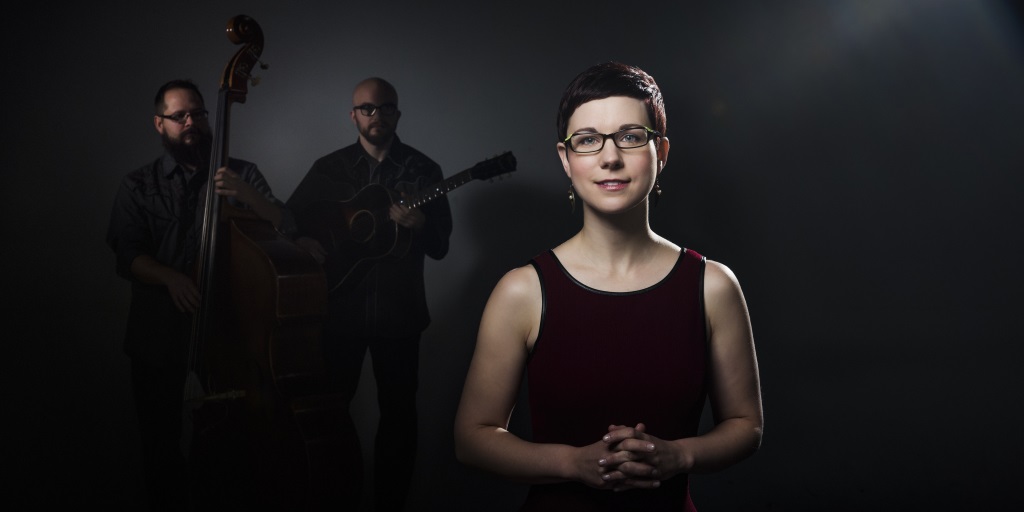 How about a little fiddling AND dancing?

It’s been over a decade since April Verch graced the Brew’s stage, but she has never sounded more comfortable in her skin than she does now, in the second decade of her career as an internationally touring Canadian fiddler, step dancer and singer-songwriter. Her ninth album, Bright Like Gold, captures a woman who’s fleshed out her identity and is in full command of her gifts, a woman who’s grown from a prodigy into an enduring  artist—one of music’s most unforgiving public transitions—with grace and grit to spare.

The April Verch Band—rounded out by bassist and clawhammer banjo player Cody Walters and guitarist Hayes Griffin, who has a  Masters in jazz improv from the New England Conservatory— is an energetic, virtuosic, tradition-celebrating outfit, not to mention one that’s not soon forgotten when they depart the stage. It doesn’t hurt that the thrilling grand finale involves Verch fiddling and step dancing—and often executing two entirely different intricate  rhythmic patterns—at once.

“The flawless and pure vocals of April graced a string of strong melodic songs..” – Three Chords and the Truth UK

“A Youtube clip I saw suggests there’s still something of the child performer in April Verch, all bright-eyed and eager to please, but listen to what she does with her band and you’ll be blown away by a musician who covers all the ground folk music has to offer.” – John Davy, R2 ROCKnREEL