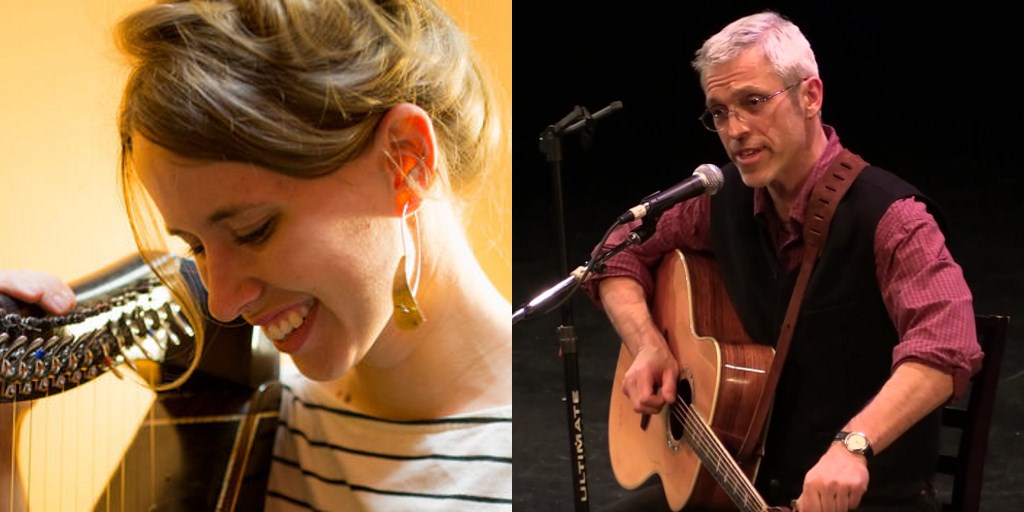 Maeve Gilchrist is bringing a harp to Acoustic Brew  — and we don’t mean a harmonica. Gilchrist has taken the Celtic harp to new levels and She’s performed with internationally renowned orchestras traditional Irish folk groups, and contemporary settings.

You may remember Keith Murphy as part of a trio with Hanneke Cassel and Mike Block that performed on our stage in fall 2015, with Nightingale (spring 1998) or Assembly (spring 2003) . His direct and intimate style of traditional singing in English and French infuses old ballads and songs with a powerful immediacy while his rhythmic and percussive finger style of guitar playing brings new shape and color to his songs.

Together, the duo will be playing lots of tightly knotted tunes and singing a lot of harmonies, hopefully breathing some new life into old, substantial material.

“If there’s a soundtrack to a fine summer, this is it. If there’s a musician who can bask in tradition yet immerse herself musically in the multicoloured experience of life, it’s Gilchrist.” – Siobhan Long, Irish Times