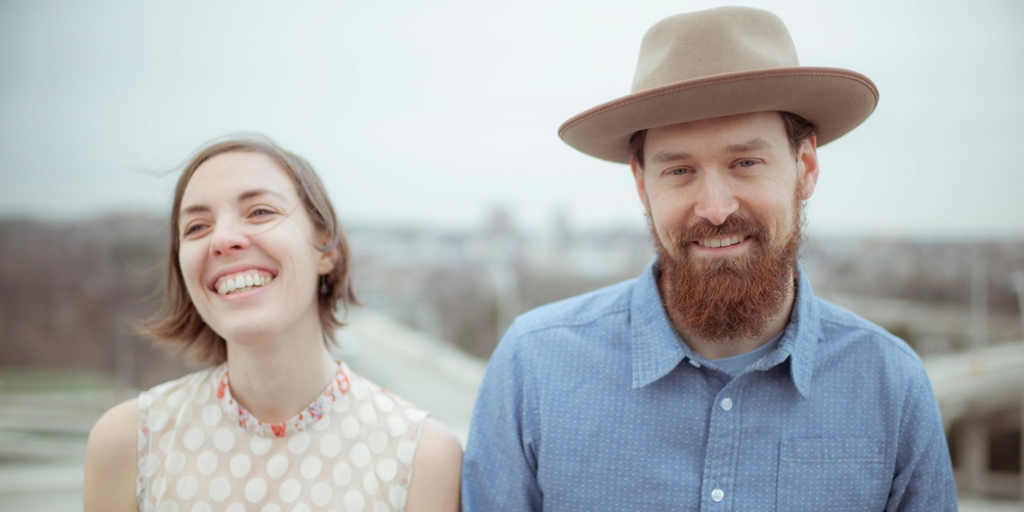 In the summer of 2014, after a long stretch of living on the road, performing and writing across the U.S., Americana songwriters and Virginia natives Laura Wortman and Kagey Parrish, collectively known as THE HONEY DEWDROPS, decided to settle down in Baltimore, MD. “Touring is like collecting images of landscapes, sounds of voices, contents of stories, moods of plac-es and environments,” says Wortman. “All of that can be useful. It tells you something about human nature, about how the world works, little by little.” And so the couple took their experiences on the road, and dug in to write and record their fourth album, TANGLED COUNTRY, in their new home. It’s a beautiful and engaging take on modern American roots music and the first album of theirs entirely written, arranged, and recorded in one place; a testament to the power of home.

“The Dewdrops have something unique and oftimes mesmerizing recommending them in their plaintive harmonies, easygoing rhythms, evocative arrangements, well-crafted original songs, and a genuine approach…” – David McGee, The Bluegrass Special