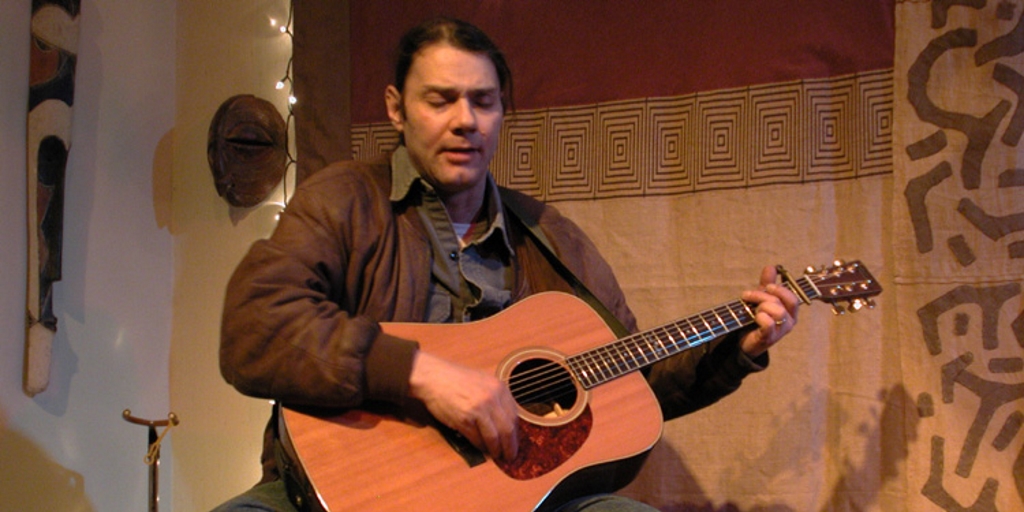 Malcolm Holcombe grew up in western North Carolina, home to some of the planet’s oldest mountains and some of America’s deepest musical traditions. Radio and TV fueled Malcolm’s musical passions as a kid, and music became even more important after he lost both his parents relatively young.

He toured with bands and landed in Nashville, where he took up an inconspicuous station at the back of the house – the very back – at Douglas Corner, one of the city’s best singer/songwriter venues. Stories began to circulate about the mysterious dishwasher with the subterranean voice and oracle-like talent. Sadly so did stories of wildly inconsistent behavior – profound sweetness crossed by bouts of stunning abrasiveness.

He flirted with an official music career. But his stunning debut album made for Geffen Records was abruptly shelved, producing melodrama that only exacerbated Malcolm’s drinking and depression. A business that once had a place for complicated genius turned its back on him, and he teetered near the edge.

Moving back to the North Carolina hills proved a powerful tonic. Holcombe let in help where before he’d pushed it away. With deep faith in God and a commitment to his art, Holcombe repaired himself and his career.

“Ranging from the delicate Down the River to the rattling Butcher in Town, swooning melodies, subtly varied rhythms and evocative lyrics abound.” – Ian Cameron, The Blues Magazine Aug 2015