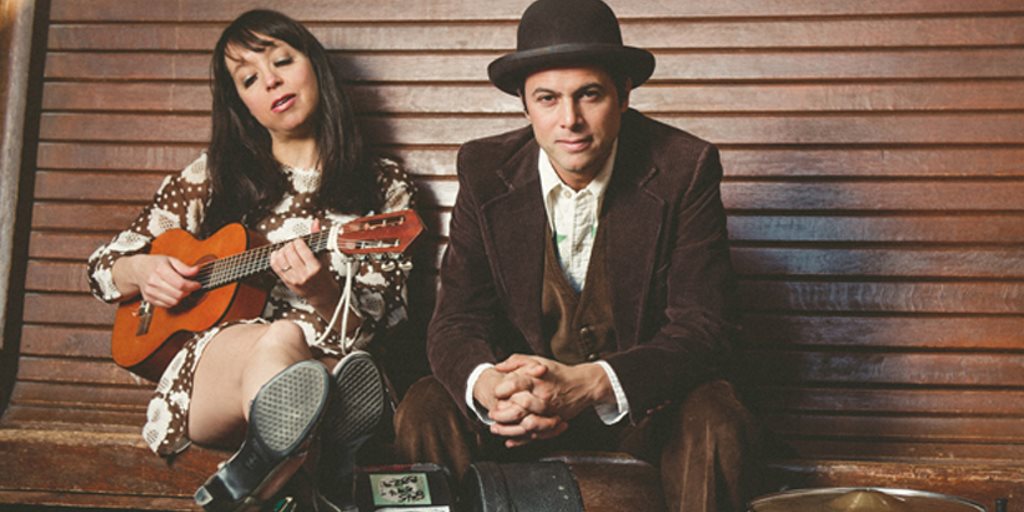 Mike + Ruthy are hard touring folk musicians from New York’s Hudson Valley. It doesn’t just mean that they play square dances on old, dusty instruments (which they do), it means they write about the times we live in using sturdy roots music as their bedrock. Buckle a couple kids in the backseat (check!) and you’ve got something that looks a lot like the American bohemian dream.

They host their own festival (homeofthehoot.com), have archive endorsed co-writes with Woody Guthrie and Allen Ginsberg, postcards of encouragement from none other than the late Pete Seeger, and miles upon miles of touring under their belts supporting one of the best catalogs of original music being performed today.

As a duo encircled around one simple microphone they alternate between whisper-soft intimacy and rafter-raising hoedowns. Expanded into a crack 5-piece roadhouse band they slalom between Motown soul and “Bringing it All Back Home” Americana.

Their latest record, Bright As You Can, is being hailed as one of the top Americana releases of the year (“One of the year’s standout Americana records” – Boston Globe) and their touring schedule reads like a who’s who of today’s scene (“In the vanguard of today’s vibrant folk revival”- PopMatters) including appearances with Ani DiFranco, Avett Brothers, Watkins Family Hour and The B-52s.

“Everything is masterfully performed as Mike Merenda and Ruthy Ungar sing about the charms of hard work, homemade wine and free parking. Amid the barn dance reverie created by fiddle, pedal steel, horns and more, Ruthy’s versatile alto is the most glorious instrument of all.” –ABC News

Listen to Mike + Ruthy on The Freq’s Live at Five