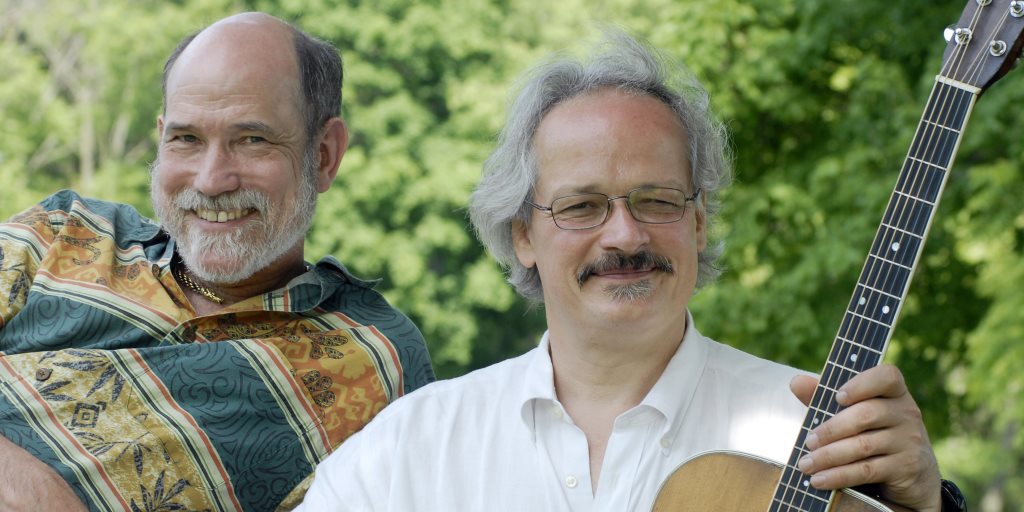 Mustard’s Retreat (David Tamulevich and Michael Hough), met in Ann Arbor, MI in 1974, as short order cooks, both on hiatus from their studies at the University of Michigan. Discovering a mutual interest in music/writing and performing, they put together 3 songs one day after work, and took them to the legendary Ark coffeehouse’s open mike night. They were a  hit, and, on the spot, were invited back to do a 45 minute set 2 weeks later.

Within a year and a half they had both quit the restaurant and were doing music full time. 40 years later, they have 12 highly acclaimed recordings of their own, plus 3 more CDs with their songwriting collective, The Yellow Room Gang. Mustard’s Retreat has performed more than 4,000 shows over those years, traveled more than 1 million miles and in doing so, have earned a dedicated and loyal following, many of whom have been coming to hear them since the 1970s.

“They are so warm and friendly and giving on stage, completely in touch with their audience. There are no barriers at all, and you just love to watch that and be part of it.” – Tom Paxton