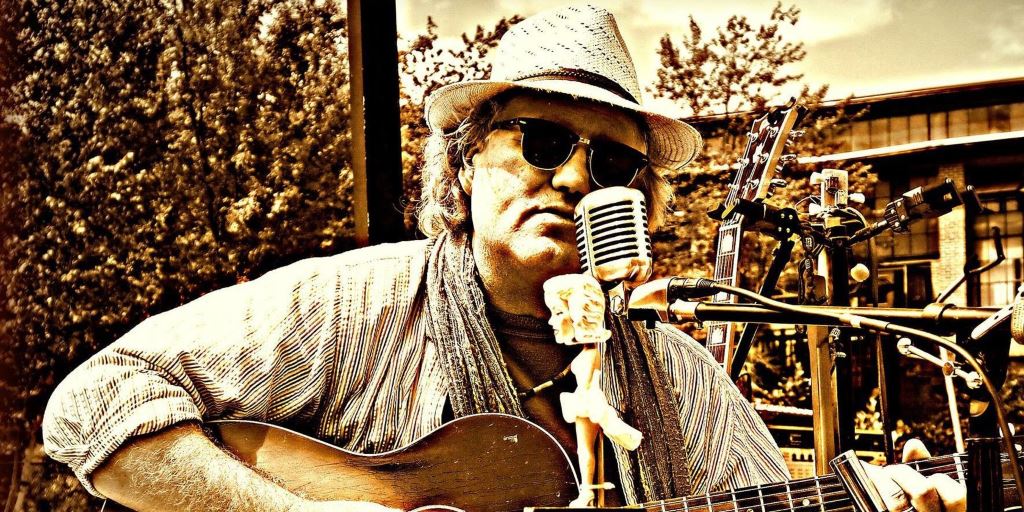 Ramblin’ Dan Stevens was born and raised right here in central Pennsylvania. Although he’s logged more than 100,000 miles as a traveling bluesman, he’s never forgotten where his musical journey began.

Stevens’s music and his life are inspired by Mississippi John Hurt, and Woody Guthrie, and Dave Van Ronk just to name a few. He’s been a full-time musician since 1991 and surrounds himself with vintage and custom instruments acquired in his many travels. Usually packing three guitars, any given performance may find him choosing to play a 1950’s Sears Silvertone, a 1931 National Steel, a retro lime green Resophonic, and more.

His original songs remain true to the traditional forces which powerfully shaped his early musical development and prompt listeners to praise the authenticity of his approach. In live shows, Dan often pauses between songs, offering historical trivia or relating incidents from his personal experience.

“This troubadour of acoustic blues has the knack for capturing the essence of the blues.  Dan Stevens will no doubt join the ranks of Paul Rishell and Keb’ Mo with strong cuts that convey authenticity.” – Blues Rag, Baltimore Blues Society