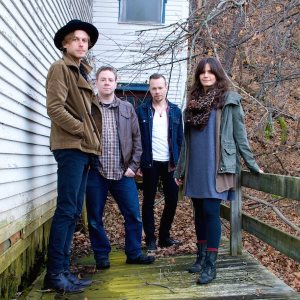 We are thrilled to open our fall 2016 season with one of the area’s best new bands. Raven and the Wren performs original Americana songs drawn from influences such as Lucinda Williams and Townes Van Zandt.

Though the band has only formed in the past two years, its members — Chris Rattie, Jason “Junior” Tutweiler and Natty Lou Race — are veterans of the State College music scene. The band is rounded out by Bob Hart, a drummer who moved from Brooklyn to State College.

With the release of their debut album, “Friend of Failure” in April, Raven and the Wren are poised to take the country by storm with shows lined up throughout the northeast this fall. Catch them in the intimate, unplugged setting of the Center for Well-Being for this special performance.