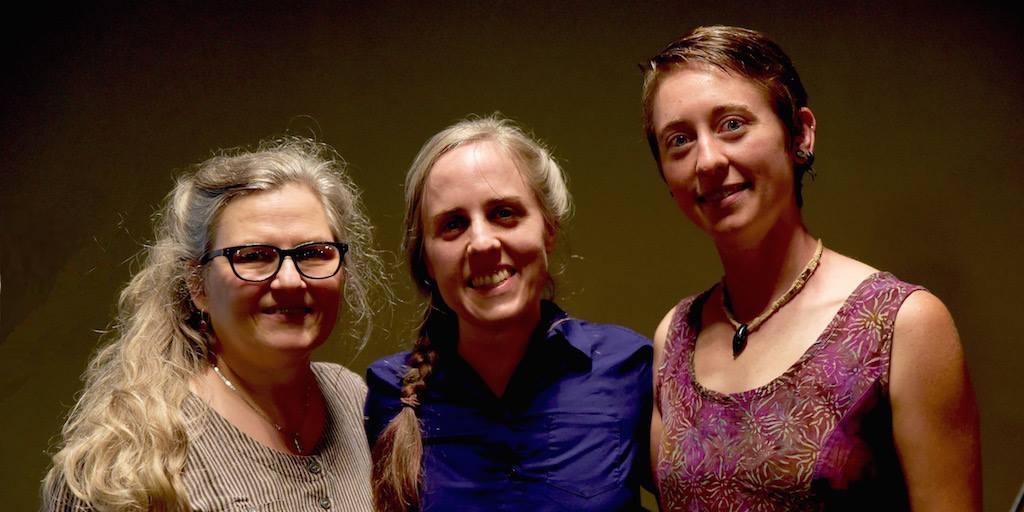 If you like harmony, this show is for you! The Early Mays (Emily Pinkerton, Ellen Gozion, and Rachel Eddy) are known for their flawless three-part harmonies that come to life when performing songs in an old-time style.

They burst on to the scene with a #2 debut on the National Folk-DJ charts: an eponymous album where fiddle, banjo and guitar are the backdrop to heart-melting three part vocal harmonies. Most recently, they took home the blue ribbon in the Neo-Traditional Band Competition at Clifftop 2016 (The Appalachian String Band Music Festival).

There is an unsurpassed magic that springs from entwined and entrancing vocal harmonies.  The Early Mays love the camaraderie of the studio, the road, and rehearsals, and you can feel the gratitude radiate from whatever stage they are on.  You’ll never leave a show without carrying a little bit of that warmth away with you.

“As local folk music goes, The Early Mays are a bit of a supergroup… Together, they literally make beautiful music — a play on the Appalachian folk all three are steeped in, with close vocal harmonies, and guitar, banjo and fiddle work.” – Andy Mulkerin, Pittsburgh City Paper